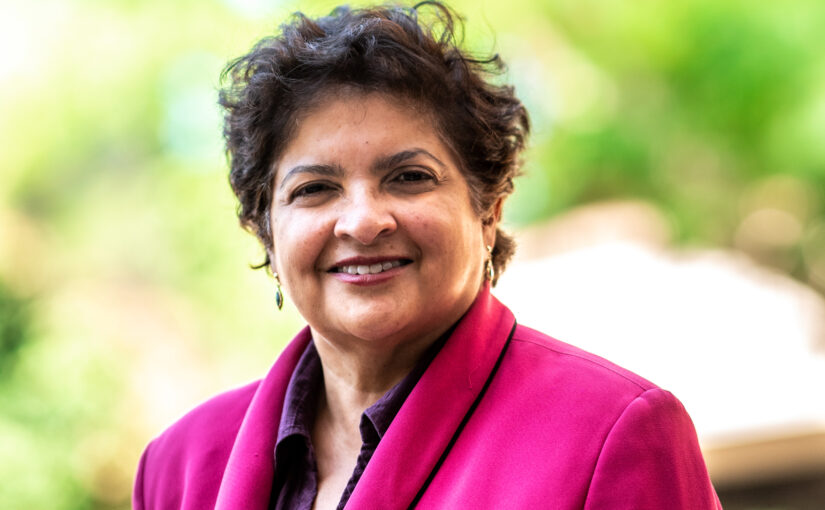 Sandy is our lead trial attorney and founded the Narayan Law Firm, Narayan Travelstead’s predecessor in 1991, starting one of the largest South Asian-American owned law firms in California. A graduate of the University of California at Berkeley, Sandy has practiced law in California for 30 years, and has recently served as the President of the San Mateo Bar Association.

Sandy has served as lead counsel in over 20 jury trials.  She has been selected by her peers for five years for inclusion in Super Lawyer Magazine to be in the top 5% of lawyers in employment litigation defense in Northern California.

She has represented scores of public and private sector clients in numerous discrimination, harassment, personal injury, whistleblower and retaliation cases.

Ms. Narayan’s reputation and experience have led her firm to be selected as panel counsel for various Fortune 500 insurance companies including:

Representing the FDIC on many cases involving fraud, torts and of matters in Federal Court.

Defending the California Department of Insurance in a civil rights and employment bias case to a defense jury verdict in San Francisco.

Representing the Federal Government in the Federal Court Northern District in one of the largest real estate litigation matters in the Bay Area: involving over twenty Cross-Defendants to a successful conclusion with no taxpayer monies paid.

Representing through Jury Verdict in the Federal Court, Northern District, and in the Ninth Circuit Court of Appeals, Civil Rights claims against the County of Alameda Department of Social Services on the constitutionality of its longstanding policies on removal of children from their parents.

Obtaining a defense jury verdict at trial on a brain injury case against the County of Alameda.

Representing a Safeco insured through a defense favorable verdict after a two month jury trial in Marin County on a matter involving fraud, torts, real estate and related matters.

Ms. Narayan is active in the legal, minority and local communities. She provides her services as a Court approved arbitrator in San Francisco and Santa Clara County Superior Courts. She serves as an Early Neutral Evaluator for the Federal Court, Northern District. She serves on the Board of the San Mateo County Bar Association. She currently provides legal counsel to the Fiji American National Association.

Her positions have included:

Chair of the Litigation Section of the Barristers of the Bar Association of San Francisco.